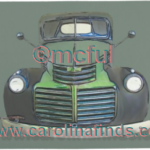 In a matter of hours it will be TWO WEEKS, 14 days, since I sent the first DMCA notice to Amazon notifying them a seller on their platform is selling multiple items which infringe on my copyright. Amazon has never taken this long to resolve an infringement report I’ve filed before.

I received their auto response stating:
“Hello,
We received your email. Amazon respects the intellectual property rights of others. After we process your notice, we will notify you by email. This usually takes 1 to 2 days.” So the notice WAS received by them.

Amazon has now been notified of this issue multiple times. As of June 8th all seven listings I included in my DMCA notice are STILL up.

My first notice was sent to them on May 25, 2019. On the same day I received the automated response.

On May 31, 2019, I sent a followup email, which included two additional infringements by the same seller. Again, I received their automated response.

On June 1, 2019, I had to contact Amazon Customer Service (via chat) about another issue and brought this up as well. The rep took all the info and said it would be given to the appropriate departments to see what was going on and I’d hear from them. I have not, as of June 8.

I also asked for an actual email address to communicate with Amazon. The rep sent me an email and stated – verbally and in the email – to reply to that email. On June 2, 2019, I responded to it with a summary of what we had discussed. I have had no further response as of June 8, 2019.

On June 5th I Tweeted the following: “Trying to get these copyright infringing counterfeits removed from Amazon for 11 days now. <

I also responded on the sellers page in the box that asks how they can improve that a big improvement would be to remove the items that seller was offering for sale as per my DMCA request.

I’ve also tried to leave a review with the pic of my stolen image to warn potential buyers which they refused to post. I believe I attempted to do this on May 30th. I said:
“DON’T buy
I am the artist who created this truck drawing. It is being used on these products without my permission and Amazon has been sent a DMCA notice to remove the items.”

Seriously Amazon? Is this the best a company so large and well known can do when it comes to dealing with shady sellers? Is this the best you can do? If there are so many infringement reports things are backlogged to this point, maybe that should tell you there is a serious problem? WHY the delay in processing my DMCA complaint, or is it even BEING processed?

Adding insult to injury is the fact I received an email from Amazon advertising an an item being sold by this seller/brand. Wow, just wow. 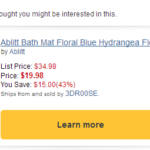 I have documentation of everything, including screenshots. I intend to forward this information to my Representatives as an example of why companies and ISP’s need to be held more accountable for this kind of thing. Thieves are going to steal, but I expect those who have control of what those thieves post to be more responsible about removing stolen images.

Designers / artists fight a never-ending battle with copyright infringement. Although THIS particular headache is in Amazon’s lap, Amazon is not the only player when it comes to infringements of our work.

MY LAST LETTER TO AMAZON

“I am contacting you because I have sent multiple DMCA notices to Amazon which are not being resolved. I have received email acknowledgements that two of the reports were received and that I would be contacted after they investigated, “usually 1-2 days”, but nothing else. As of June 6, 2019, 10:00 am EST, over eleven days later, the items are still for sale through Amazon as of 10am June 6th.

The above two DMCA’s were sent from an email I generally use for reporting infringements to Amazon, <

On June 1st I had to contact Amazon about an issue with shipping of an item I had ordered. I used chat and ‘spoke’ with a very nice representative named <

I asked for an actual email address I could use to communicate with Amazon. <

Here is a list of the ASIN numbers that are infringing.
<

My design was unloaded and used on Zazzle years before someone helped themselves to them and used them on counterfeit products they are selling through Amazon. I also own the truck the design is based on and have the actual photographs used.

The “brands” listed for these infringing products are Aikul and Albitt. I have found two sellers using these designs, Bellm and 3DR00SE. Please note that 3DR00SE does not use the letter “O” in their name – those are numbers. Looking at the prices and shipping times, I suspect these sellers may be located in China.

There appears to be a bad problem with infringing images on Amazon. As designers try to get their own images removed, we often find “stores” with obviously infringing designs. Obviously we can only report our own, but to be blunt, Amazon needs to come up with a method to allow people to report suspicious stores/brands to help alleviate this issue.

Please review this situation. I look to hear from you as soon as possible. It should not take this long to remove infringing images when the proper DMCA notices are filed. Thank you for your time.”
<